One year to go before the Ryder Cup in France, we participated in the Workshop that took place at the Golf National on the 16th and 17th of October.

The Ryder Cup has become one of the biggest sports event in the world. The competition is contested every two years.

This suspense-filled, emotional competition, offering an exceptionnally high level of golf, as well as a friendly and fair-play spirit, is followed by millions of television viewers throughout the world.

The event transcends the sport’s values while keeping the spirit of its founder, Samuel Ryder.

Each team includes 12 players and the competition takes place from a Friday to a Sunday over double and single matches. The first team to reach 14 ½ points wins the Ryder Cup.

For the first time in history, France will host this tournament from the 28th to the 30th of September 2018 at the National Golf of  Saint Quentin en Yvelines. This golf course, well-known for being a real challenge, will offer a spectacular confrontation between the best players in the world. 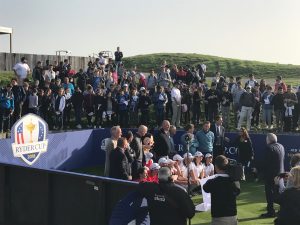 Thomas Bjorn and Jim Furik have been appointed respectively captains of European and American teams for the 2018 Ryder Cup.

They took advantage of their visit to Paris for the « 1 Year to Go » workshop to show the excitement related to this competition in a country like France and the joy of being Captain.

« The last two days have been everything that France is. France has shown me that it’s ready to take on one of the great sporting event in the world. This is one of the first time we come to one of the big city in the world to play the Ryder Cup, it’s going to be an event that I don’t think we’ve seen in the game of golf before… »

“I’m absolutely blown away by the last two days to be honest with you. My gratitude, really, to Ryder Cup Europe, to the country of France for their hospitality, and what an amazing number of events. This could really be the most grand setting ever in Ryder Cup history. So to be a part of it, I feel very fortunate. For me Golf National is one of the five best golf courses in Europe. We will live a wonderful atmosphere with the last holes offering like a stadium… !”

To mark the occasion, 40 years after Arnold Palmer, the two captains hit a few balls from the top of the Eiffel Tower. An incredible moment that they will remember for the rest of their life.

This workshop provided us the opportunity to meet with partners, suppliers and sponsors to present to them the tailor-made Golf & Wine Tour in Bordeaux.

Many of them confirmed their interest to bring their clients and make them discover Bordeaux which is now two hours from Paris.

We also took part to the somptuous gala dinner in the Battle Room of the Versailles’ Castle. Magical night where the Castle was ours, one year before the Ryder Cup… 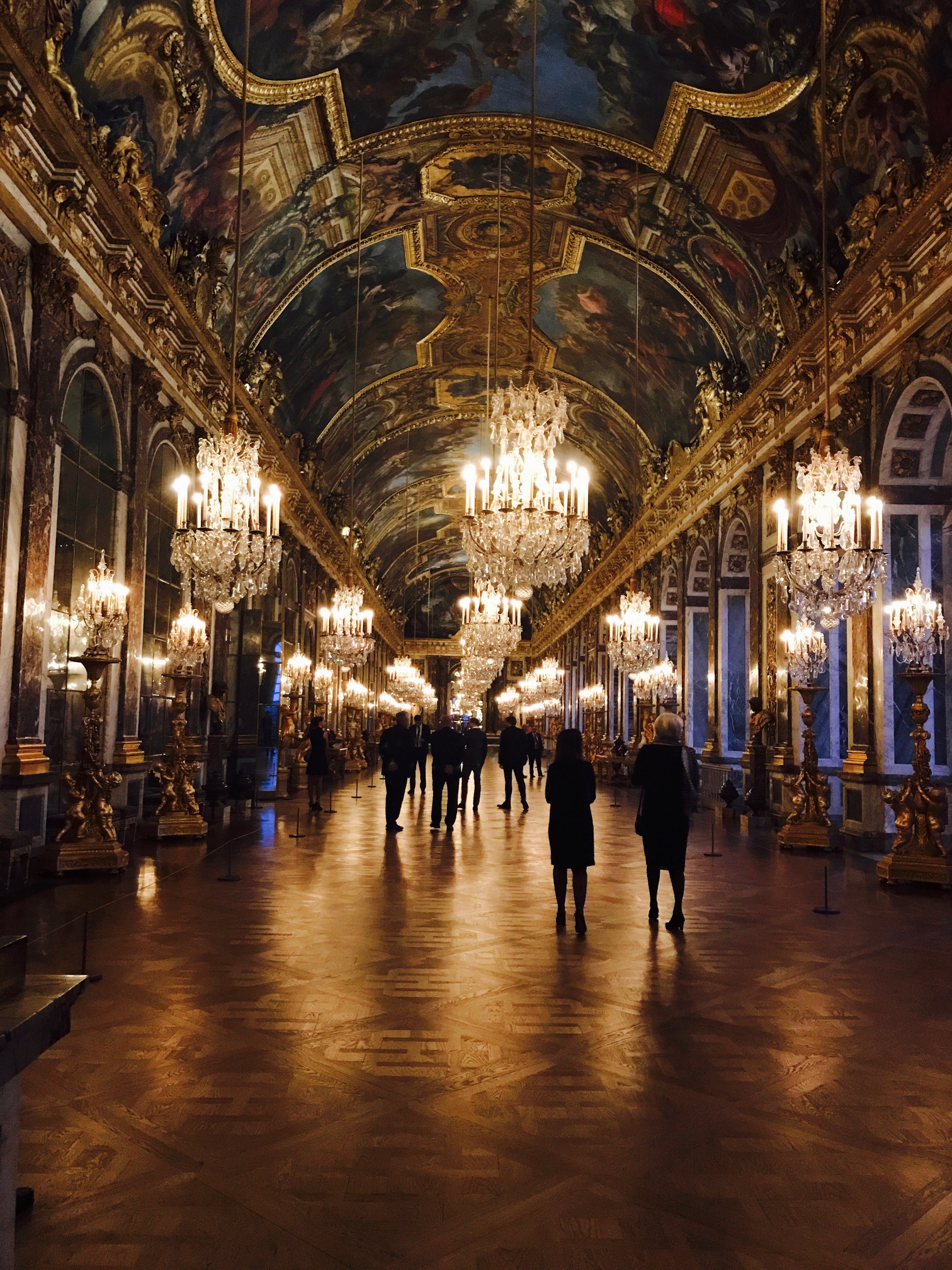 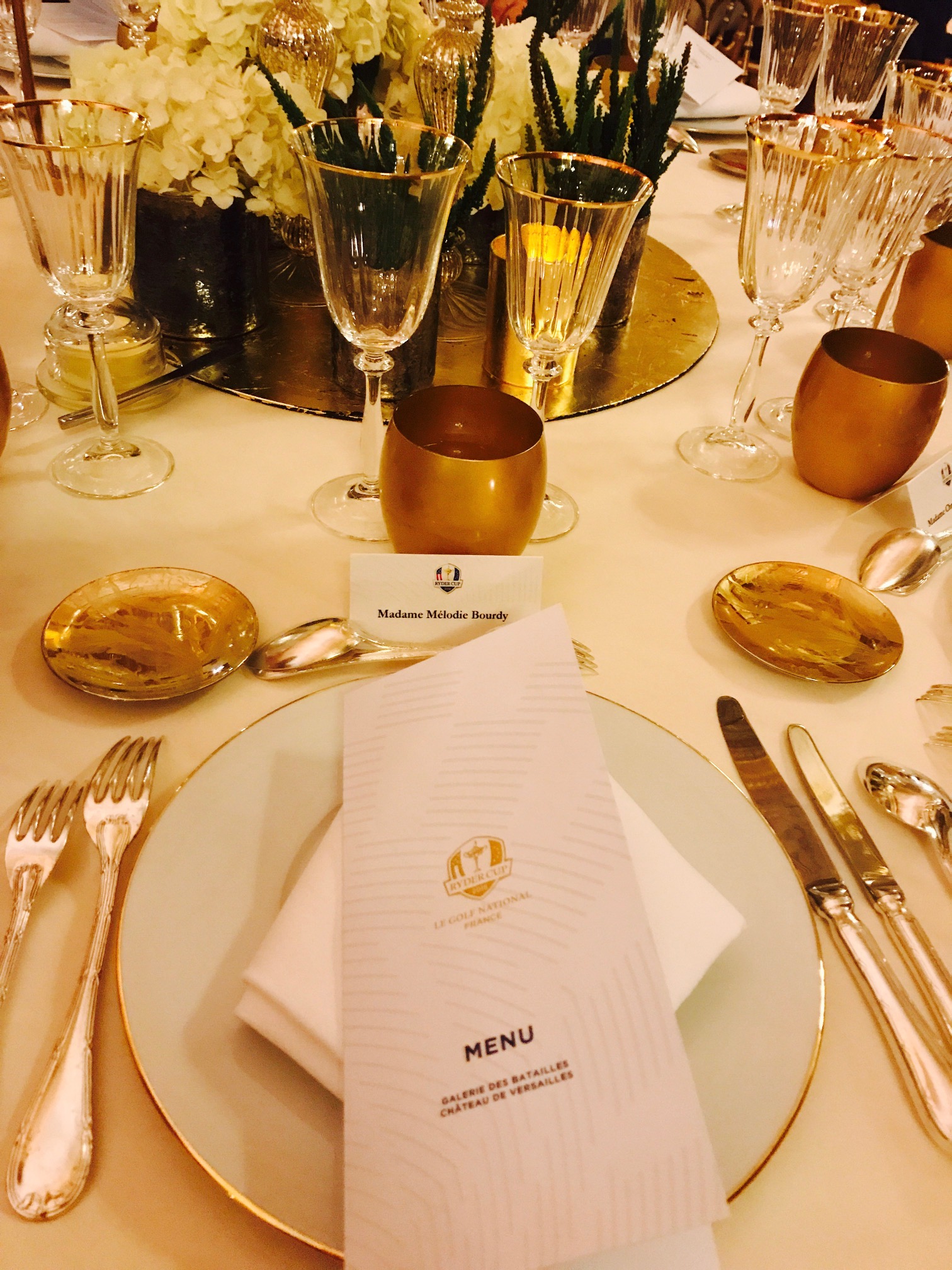 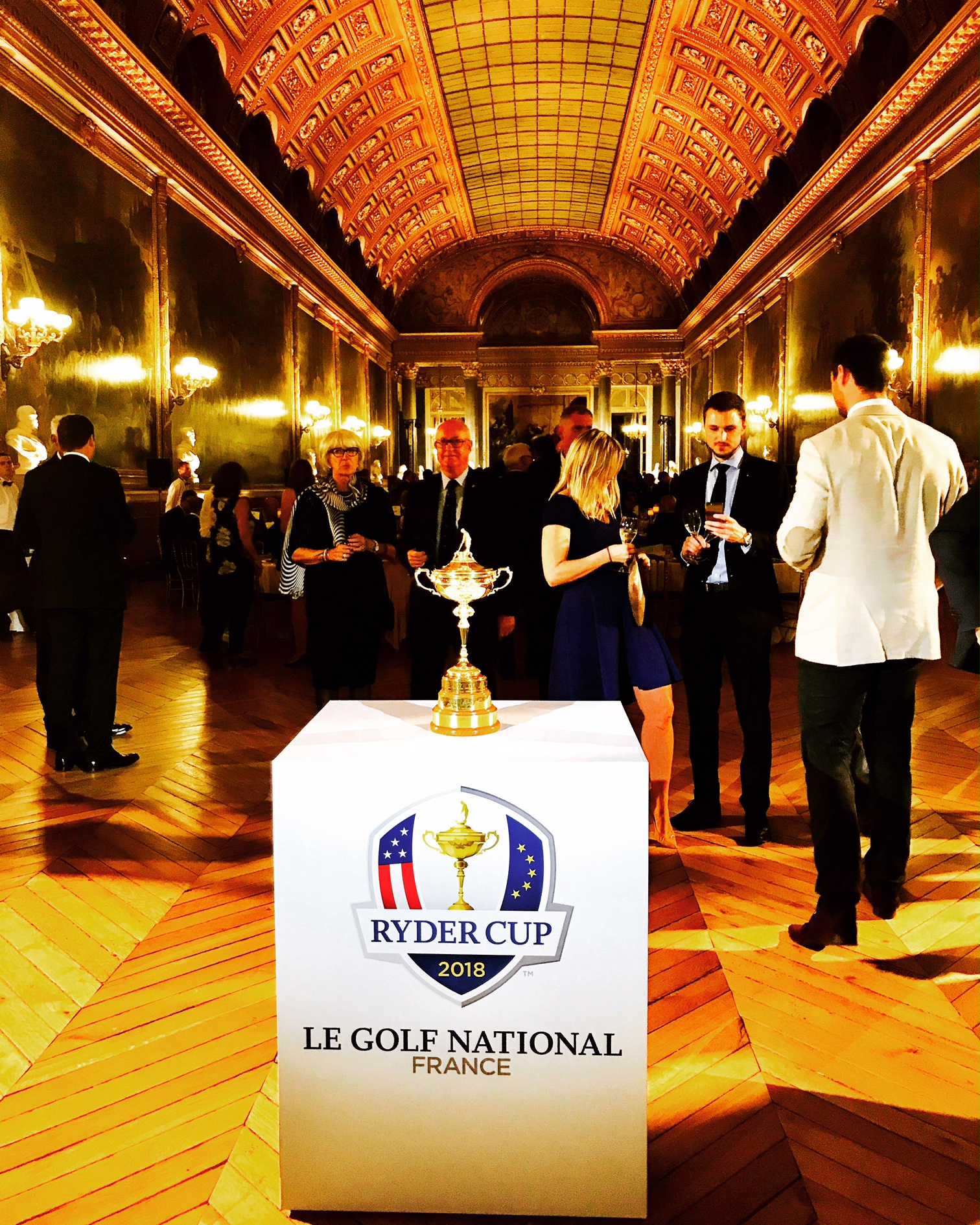 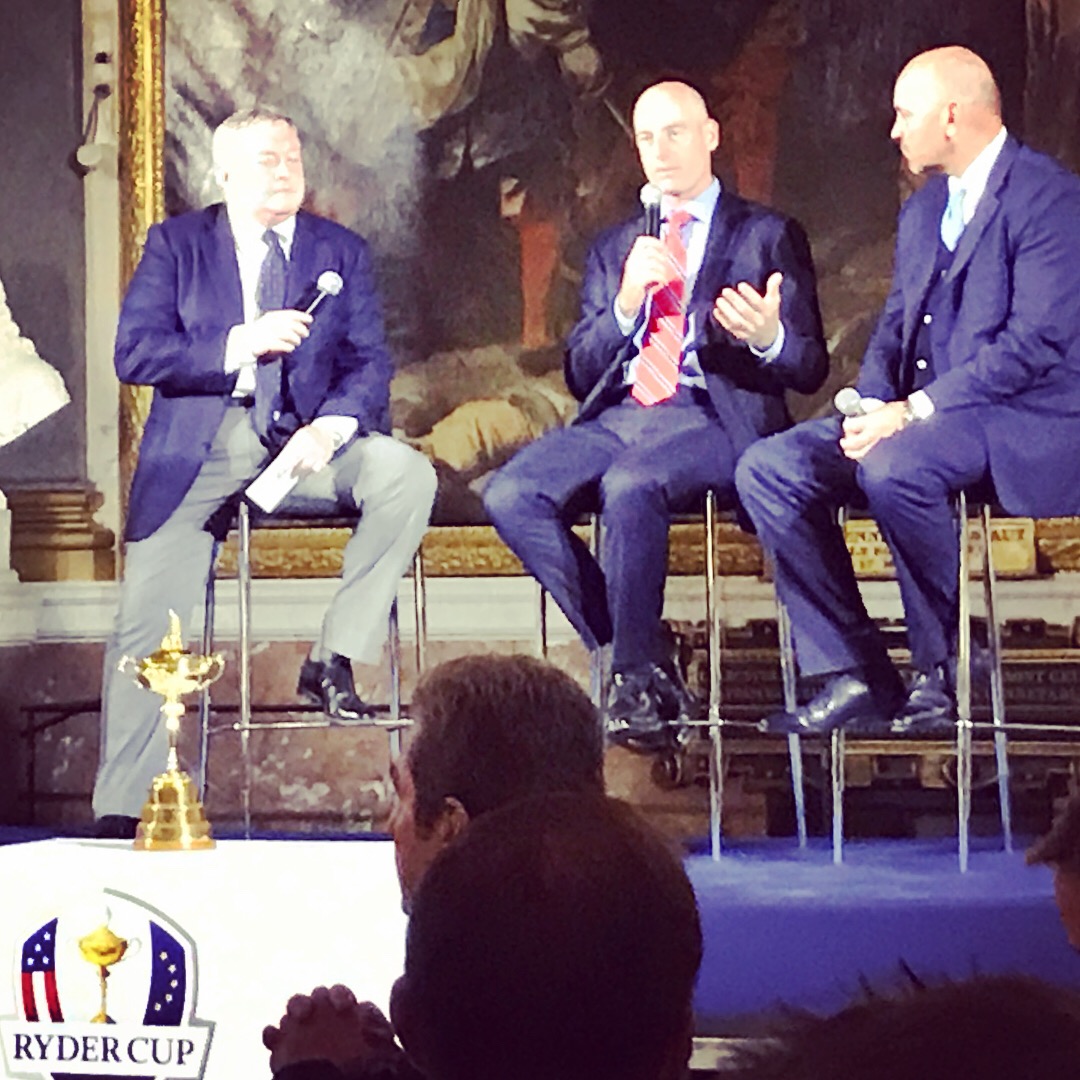